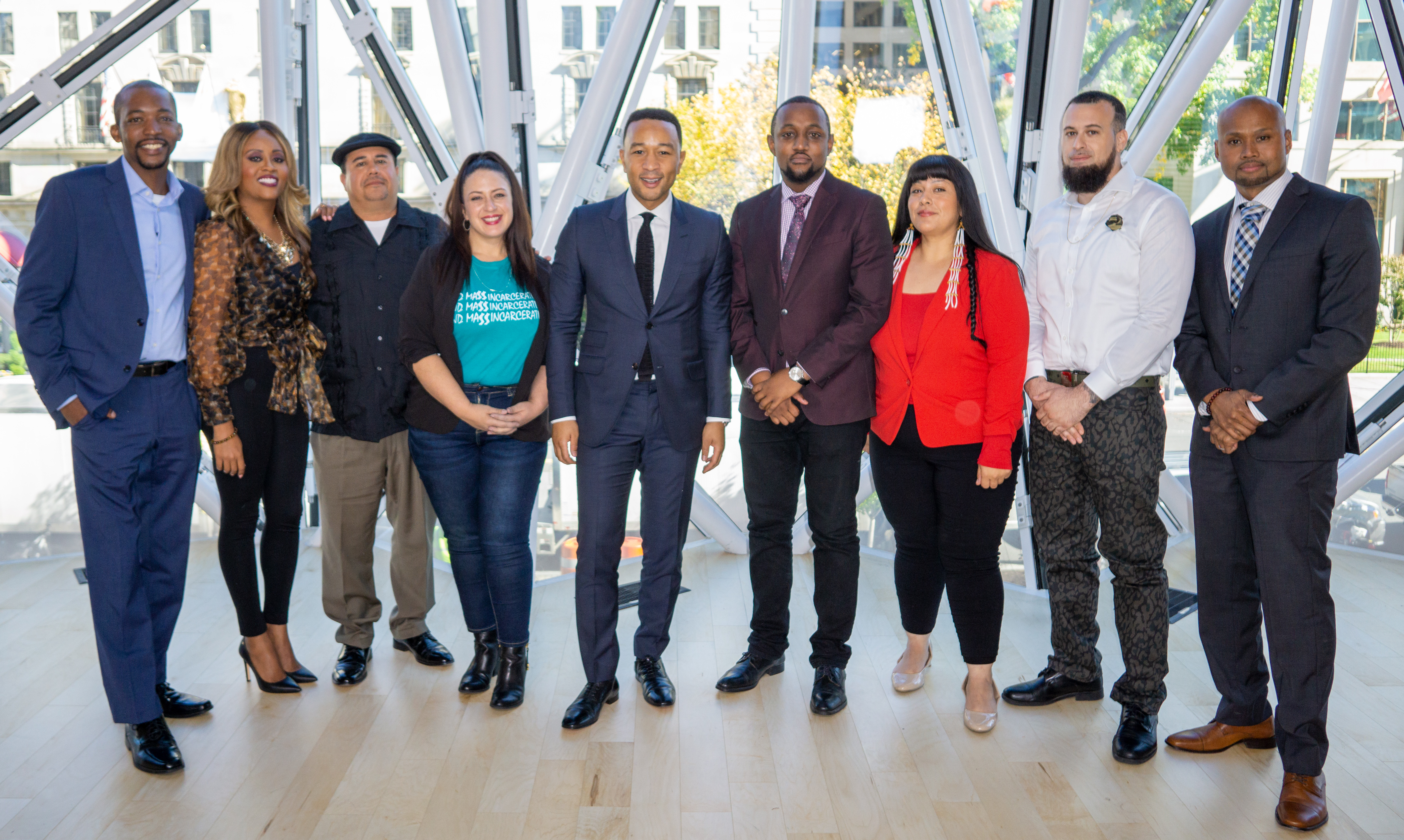 In 2017, John Legend’s FREEAMERICA, in partnership with New Profit and Bank of America, launched the first cohort of Unlocked Futures, an accelerator program that provides social entrepreneurs who have been directly impacted by the criminal justice system with a grant, tools, mentorship, and strategic support to help grow their businesses. This year, we are excited to announce the second cohort of Unlocked Futures with the continued support of New Profit and Bank of America. As with Cohort 1, the program will support eight entrepreneurs who have been incarcerated or impacted by the criminal justice system and who are working to break down barriers to opportunity in their communities. Through this joint partnership, we will provide these individuals with funding and capacity building, and we will work with them to share their personal stories and experiences far and wide to help reduce the stigma of incarceration in America.

In Washington, D.C., on Thursday, Grammy-winning musician John Legend announced the second cohort of participants in Unlocked Futures, a 14-month accelerator program for social entrepreneurs who have been incarcerated and urged business leaders to be more inclusive of job applicants with criminal backgrounds.

Unlocked Futures launched in 2017 as a partnership between the philanthropic venture fund New Profit and Legend’s criminal justice reform initiative FreeAmerica, with financial support from Bank of America.

“We started this as a collaboration, saying, ‘Let’s not just tell folks to hire formerly incarcerated individuals, but to invest in their ideas,’” says Legend. “All of the members have business ideas that will help them feed their families, employ others and strengthen our communities.”

In 2007, Teresa Hodge, a member of the inaugural Unlocked Futures class, began a 70-month prison sentence for a nonviolent white-collar crime at Federal Prison Camp in Alderson, West Virginia⁠—the same prison where Martha Stewart famously served her time. After her experience with Unlocked Futures in 2017, Hodge, 56, became the cofounder of R3 Score, a background screening company.

The U.S. is home to 5 million formerly incarcerated people who face severe obstacles when trying to find a job after their release. Returning citizens are unemployed at a rate of more than 27%, nearly seven times higher than the unemployment rate for the general U.S. population.

Unable to secure employment, many formerly incarcerated people turn to entrepreneurship. But they often lack the business skills, social networks and capital needed to launch a successful company.

That’s where Unlocked Futures comes in.